Discover the special Paul Smith collection for its 50th anniversary 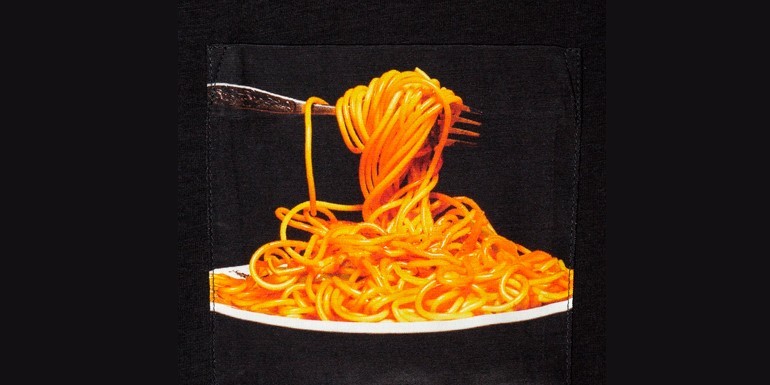 Paul Smith, arguably Britain's most influential designer, celebrates 50 years in the fashion industry. A unique style, recognized for its creative aesthetics, which combines the traditional with a certain avant-garde character. His philosophy about fashion and his brand has always been based on a fundamental principle: “classic with a twist”.

From opening his first store in 1970 in Nottingham, England to becoming a global giant, he has collaborated with an impressive list of brands such as Leica and Landrover, designed costumes for David Bowie himself, held Andy exhibitions. Warhol in the basement of his shop, and has been named Sir by the Queen of England for his contributions to the fashion industry. Add to that the fact that he's practically taught British men to dress properly, it's no wonder this genius's popularity shows no signs of abating 50 years later.

Paul Smith has always stressed the fact that inspiration can be found in any object, as long as we do not lose that curiosity that characterizes him so much. From those that come from the most recognized art, from the most eclectic references and, even, those belonging to everyday life. Each of his designs reflects a dry sense of humor: quirky but not frivolous, eccentric but not absurd.

Although it could be said that Smith's work is at a meeting point between haute couture and the most formal clothing in the sector, the designer has managed to highlight and create a unique style out of the ordinary. Fashion, photographic exhibitions, colorful furniture, bizarre collections… Paul Smith's art is multifaceted.

Let's review the most iconic objects that reflect the artist's philosophy throughout these 50 years.

Probably the most famous pasta dish in the world. Paul Smith was one of the pioneers of the photographic stamping technique. On one of his many trips to Japan, he discovered a store that sold dishes made from wax designed to be part of the restaurant window. Smith was fascinated by such an image and today it is surely his most coveted garment so far.

For this 50th anniversary, the Paul Smith firm has created a capsule collection of photographic archive prints from different eras. And one of these commemorative images is precisely the famous spaguetti plate .You can take a look at these Commemorative Garments in our online store. 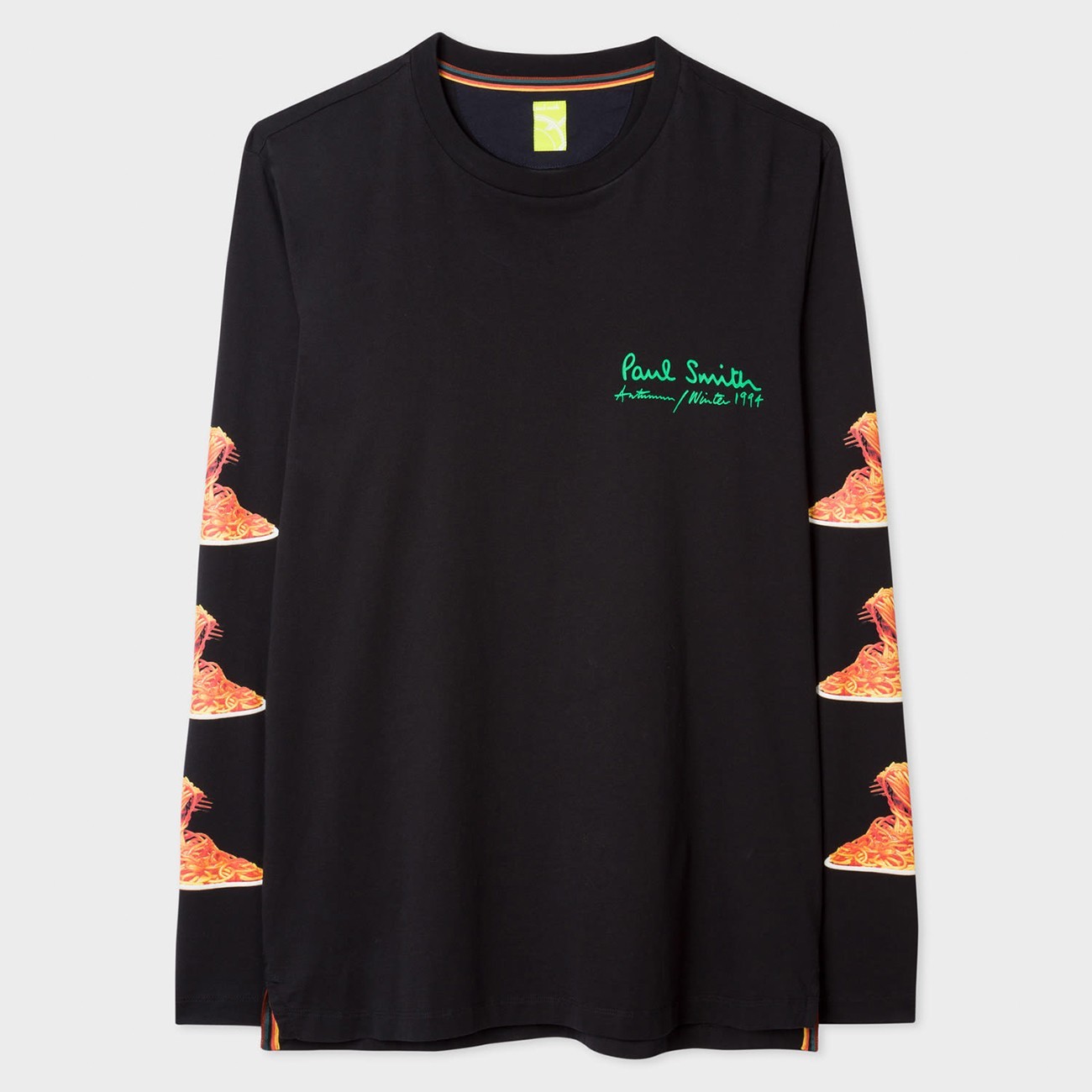 2. A start on two wheels

If it weren't for this bike that we see in the photograph, we probably wouldn't know Paul Smith. Or maybe yes, we will never know. What is clear is that such an accident was suffered by this passionate cyclist at the young age of 17, that it caused a change of perspective on where his life was heading.

The impossibility of returning to competitive cycling was not in vain and it was at that precise moment that he discovered his passion for the world of photography, art and fashion. Without a doubt, a most accidental beginning and the rest, as we know, is history.

3. The most photographed building in Los Angeles

Currently, there are more than 2,000 Paul Smith stores distributed around the world, but he has been able to give them his own personal approach. Each of the establishments is designed to complement the city in which it is located and decorated with a unique vision, so that customers always have a reason to visit them.

And now we ask you: who can resist a pink building? Very few people, let's face it. The design of his store on Melrose Avenue in Los Angeles, inspired by the work of Mexican architect Luis Barragán, is discreet at best. Impossible to go unnoticed due to its bright pink color. Without a doubt, it has become a cultural landmark and one of the most Instagrammed places in the city.

Each of these objects are a clear reflection of their personality, their character and the inspiration that accompanies their designs. One of Smith's great passions is collecting items that speak for him. Many of them decorate the corners of their stores with their unique colors and their bizarre meaning. In this case, matchboxes are one of the most precious objects for the artist. In them he finds true inspiration and emphasizes the great influence they have on his designs. He is fascinated by the idea of ​​how something so small can tell so much about where it came from.

5. When a chair becomes a work of art

If there is a pattern that best defines Paul Smith's style, it is the strong presence of colorful lines. Vibrant textiles and a reinvention of the traditional Scottish Fair Isle fabric, the perfect tandem for artist inspiration in their furniture designs. A clear example are these chairs designed from the Point collection for the Danish brand Fritz Hansen.

Paul Smith's contributions to the world of fashion and art in general are undeniable. Elegance and minimalism in each of its designs, but always with something unexpected to discover. If there is one thing we can learn from Paul Smith, a man who in his 70s seems to have more optimism and energy than all young twenty-somethings put together, it is that we must never stop being curious and it is always necessary to take life a little less seriously. 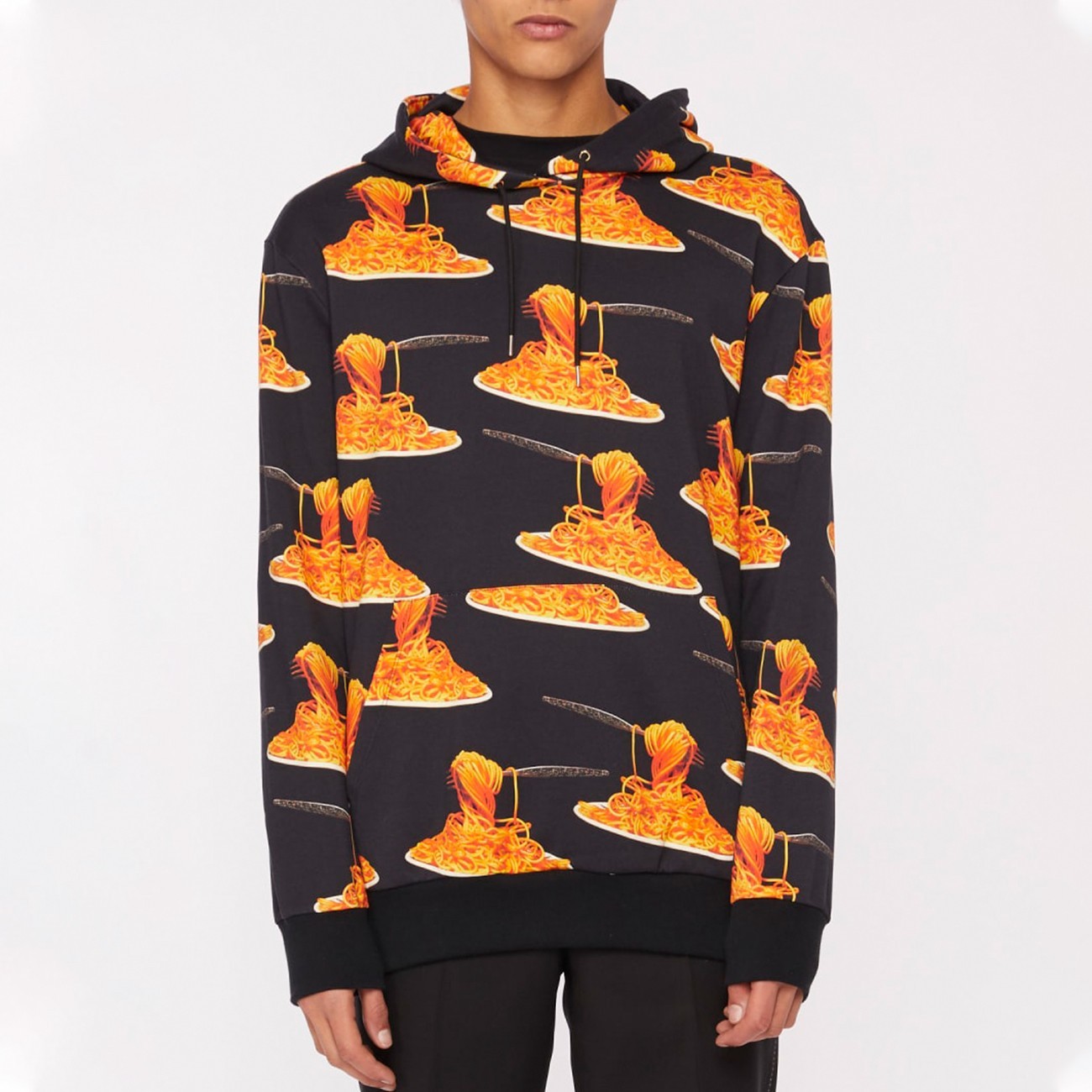 If you love Paul Smith fashion be sure to take a look at our catalog and let yourself be seduced by the capsule collection commemorating the brand's 50th anniversary . Sweatshirts, t-shirts and accessories with the iconic image of the spaghetti plate now on sale in our new online store. Get them!