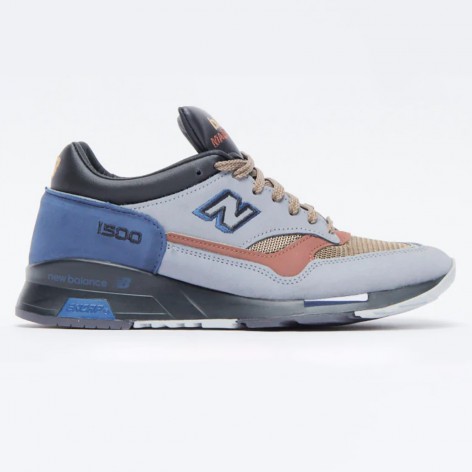 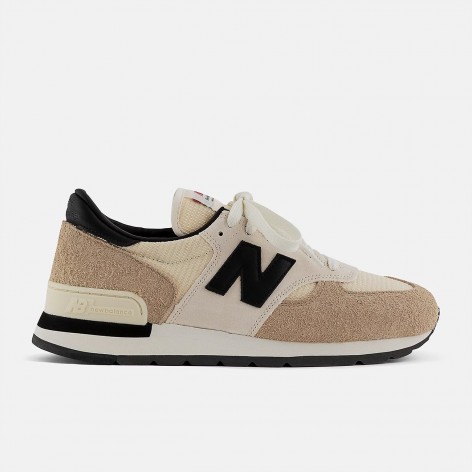 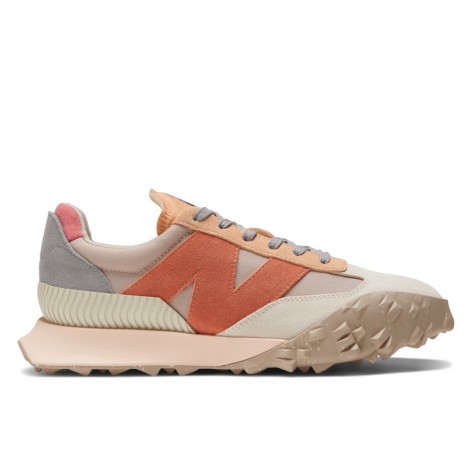 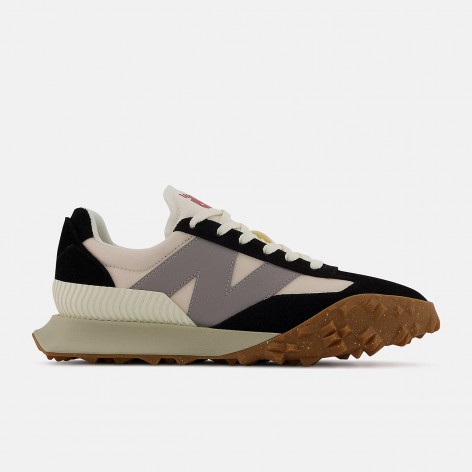 They were born to move

NEW BALANCE is a company specialized in sports equipment located in Boston, Massachusetts, United States. It was created in 1906, and today it has positioned itself as one of the most important and influential brands in the sportswear sector. NEW BALANCE develops all its production between its factories in the United States and the United Kingdom, from where the 990 models, made in the UK, with vintage design and reminiscences of the 90s is originated. NEW BALANCE stands out for the use of cutting-edge technology in design and manufacturing. As for footwear, the firm is capable of creating a total of 5 different width sizes in sport's shoes, seeking a better adaptation to the customer's foot. This, then, is the demonstration that paying for a product at a high cost also has the reward of consistent and well-done work.

NEW BALANCE has chosen different elite athletes to promote each of their articles, as well as other major brands, also linking some of their designs with the image of leadership that these figures convey. NEW BALANCE also sponsors a large number of sports teams, or competitions, such as the New York Road Runners, in charge of organizing the New York Marathon, baseball teams, Olympic teams, soccer clubs, cricket, cycling, skateboarding, rugby ... etc. As for the products offered by NEW BALANCE, they have specialized in the manufacture of clothing and footwear for athletes and non-athletes, alternating running or trekking shoes in their catalog with other alternatives of more urban and casual style.

We must highlight, for example, the versatility within its wide range of products, from running shoes to basketball shoes, with the style of great athletes, such as the case of the exclusive line associated with the Kawhi Leonard brand, personified in the NBA star. The brand has exploited other production lines such as baseball shoes, described as runner shoes with spikes, for a better grip to the surface, skate shoes that include the participation of professional skaters, sneakers for daily use, and also clothing. sporty.

NEW BALANCE sneakers are the perfect combination of functionality and fashion to maintain a healthy and active lifestyle. The world NEW BALANCE has been working actively and consistently for more than 100 years to mobilize the world. They start from a clear and simple idea: they were born to move. Based in Boston, United States, NEW BALANCE has always wanted to differentiate itself from its competitors by the use of technology and the developments they achieve in all its products. In addition, the sports brand has as a differentiating point that it makes up to 5 different sizes in width to get the perfect footwear. Young, dynamic, and stylish sneakers. The NEW BALANCE has managed to stay in the sports shoe market and differentiate itself. Quality and technological innovation studies for a tailor-made adaptation always embodied in a classic and timeless design.

We know a lot about the New Balance brand today. It is a well-known company on five continents. Consumers love sneakers all over the world and, over time, the company has managed to adapt to the different changes, despite being a company with more than a century of history.

Let's learn a little more about the origins, history, and trajectory of New Balance.

The history of this renowned brand is around 115 years. The origins of New Balance are not to be found in a large company or a group of top executives but in a simple British-born shoemaker and waiter named William J. Riley. Riley, after observing the legs of the chickens that have three supports, had the idea that is the germ of what we know today as New Balance: the first invention of the brand was arch-shaped support that William J. Riley himself I think. This support was located inside the shoes, with the idea of ​​making them more comfortable, something that today is completely essential.

Thanks to Riley's idea, the company began to stand out from other large companies dedicated to creating footwear. New Balance managed to create a comfortable and perfect fit in no time.

In 1933, Riley began a new adventure as a sales associate at Arthur Hall, a person who developed a study of homemade footprints in order to adapt his idea of ​​the arch.

With the passage of time, the one known as New Balance Arch was gaining more fame. By the end of the decade, the first sneakers of the brand hit the market. However, it took many years for the brand to achieve a major media boom and it was all under the leadership of Eleanora Kidd.

We must wait until the 1950s for the first New Balance shoes to see the light. They were called Trackster and they were modern, extremely light shoes with a serrated sole, which was quite an achievement.

After the release of the Trackster, New Balance became a real boom. These shoes were available on the market for a wide variety of widths and even managed to adapt over the years. So much so that Tracksters are still on the market today.

From the moment the Tracker was launched, everything went smoothly for New Balance, led Eleanora Kidd. In the 70s Jim Davis bought the company and with it, the 320 and 620 models, epic models in their decades, were launched on the market. With each of the models that were launched on the market, New Balance established itself as a great shoe brand. In fact, in just a few years, it became one of the best shoe brands in the world.

In the mid-1970s with the creation of the popular New York City Marathon, what is considered the first runner movement and the first wave of popularity for running shoes was promoted. in general and New Balance sneakers in particular. On this occasion, the 320 model was the first to include the N on the side and inspired the best-selling designs in the 21st century.

Today, New Balance has adapted each and every one of its products to satisfy the market and has collaborated with celebrities to create unique and limited edition sneakers, with high standards. quality, which is the delight of collectors.

The New Balance brand has known how to combine all kinds of styles to be able to attack all kinds of audiences and it is something that has allowed them to stay on top of success for so many years.

At New Balance there are iconic collections: from the classics, the brand started with to the newest designs that delight trend hunters.

The American shoe giant has many curiosities that still attract attention today, more than a century after its creation.

The main one is still the origin of the company: support of three supports that a waiter/shoemaker created after carefully observing the feet of the chickens and that he wanted to imitate for himself. human foot. Apart from this very curious fact, the brand does not stop having striking anecdotes throughout its history, such as that its first shoes, the Trickster, were intended for athletes with different widths, something that still continues today.

Another curious fact is that the first director of New Balance, Eleanora Kidd, sold the company with just 6 employees. In less than half a century, the company went from these 6 to more than 4,000 workers. A figure that still attracts attention today.

Another feature of the New Balance brand is that its models are combinations of numbers and letters without much meaning and that they are not easy for the consumer to remember. Why does it like this? It is believed that the idea was that the attention fell on the design of the shoes and not on the name of the shoes.

One of the millions of fans that the brand has had and has around the world was Steve Jobs. In fact, the 991 was the favorite of the Apple genius. It is said that Jobs himself helped in the design of the 992 that he regularly wore in his product presentations during the last years of his life.

In these years, sneakers have gone from being sports shoes to becoming a staple of homeware and street style. The New Balance is usually seen in the chicest and striking outfits for men and women.

For sneaker collectors, the New Balance brand occasionally launches very special collaborations with great people or iconic companies to present exclusive and very limited edition models. These collaborations delight the most demanding collectors since they have counted units, which becomes a unique opportunity that should not be missed.

Some of New Balance's most famous collaborations have been with Levi's or Aimé Leon Dore, as well as celebrities such as Jaden Smith and Heidi Klum. In addition to celebrities who collaborate in the design, there are countless those who have them in their wardrobes such as Kendall Jenner or Katie Holmes.

In short, New Balance is present in the wardrobes of millions of men and women around the world. At Miralles 1986 we are always up to date with the latest news and exclusive designs from this iconic brand. Find in our online store the most wanted models and limited editions of New Balance. And get them!