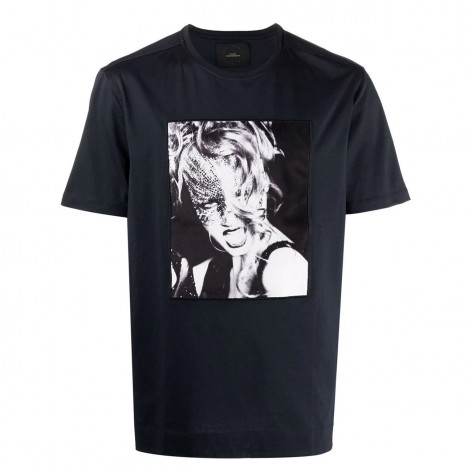 Art is such a precious commodity that there are few things that can fascinate people so much. These are forms of expression that manage to make the human imagination fly, transfer it to other worlds and at times experience different sensations. Art allows us to transgress and innovate, and to explore new forms of expression, deriving all of this from social experiences and ignoring the differences that may exist in the context that surrounds us. Art awakens our imagination and gives us the possibility to be more creative. From creativity, companies such as LIMITATO emerge, which seeks new forms of artistic representation using clothing as an exhibition platform for various works. LIMITATO has a very defined philosophy.

This textile industry dedicated to fashion and based in Sweden, believes that art should drive a cultural change and lead expressions of collaboration. His works break with the established and challenge the way in which art is usually appreciated by mixing the world of fashion with today. As the name suggests, just as artistic exhibitions have an expiration date, these garments belong to limited collections, with low production and high demand. The firm collaborates with some of the most relevant artists and photographers in the world. He selects their pieces and turns them into, as they say, ‘ Limitato Wereable Art ’, something like art printed on clothing, with a touch of originality, distinction and exclusivity.

In our LIMITATO catalog for Miralles 1986, we have gathered different artistic creations combined with the best fabrics. Since 2015, LIMITATO has worked together with the well-known photographer Terry O'Neil, thus laying the foundations for future projects inspired by his passion for art and photography and his desire to share it in the world of photography. fashion. O'Neil has been at the forefront of creative fame for more than 50 years, photographing the most exclusive LIMITATO designs of rock and roll and film legends such as Rachel Welch or the late David Bowie. .

Similarly, the painter Craig Alan has also collaborated with the clothing brand in the exhibition of different pictorial works that reflect on the role of the individual in their social environment. The result is figurative works of art that represent personalities of art, sports or music. In this case, using concentrations of people, an attempt is made to shape these illustrations to link two different ideas, and a philosophical point of view. Muhammad Ali, James Dean, Marilyn Monroe, Sir Elton John or John Fitzgerald Kennedy are some of the most popular faces that have been represented by the Californian artist within his famous collection ' Populus '.

In short, LIMITATO encompasses an amalgamation of collections by various artists related to photography and painting, conceiving the use of clothing items in a broadcast channel with the aim of bringing art to the general public and combining it with fashion.