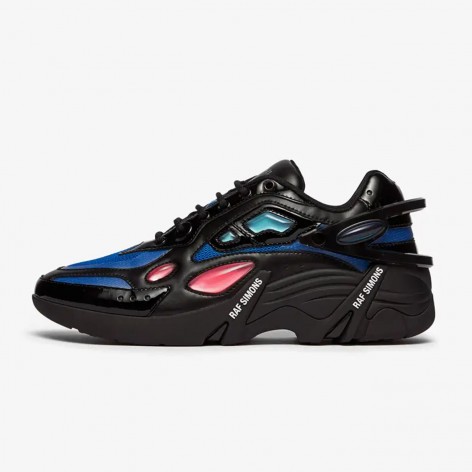 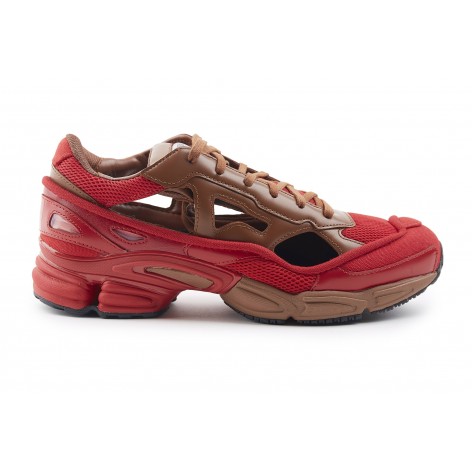 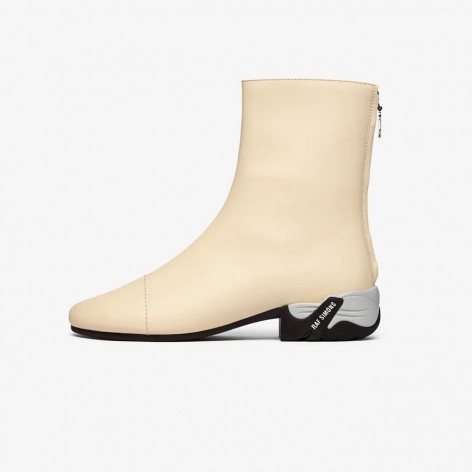 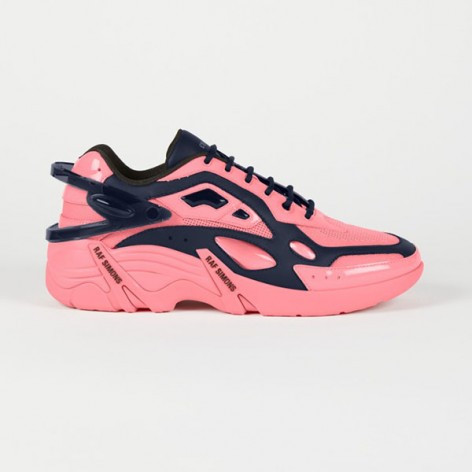 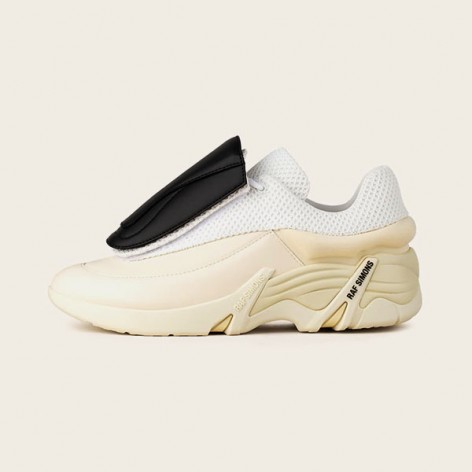 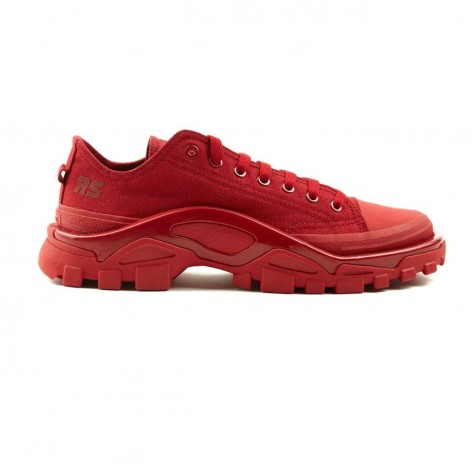 The well-known Belgian designer RAF SIMONS is one of the brightest minds in current fashion both for his collaborations and for his own brand. He is recently co-designer with Miuccia Prada of the PRADA collection. Simons has had a great impact in recent years in the innovation of sports shoe design, in addition to other clothing items, such as t-shirts, sweatshirts, jackets or other products closely linked to urban culture, casual or sport clothing and clothing. youthful atmosphere. He has also explored other areas of design, such as the creation of backpacks or fanny packs for other brands such as EASTPAK . Without a doubt, it is worth highlighting his experimental vision to conceive innovative designs, of great importance among young audiences, who flee from conservatism and prefer a more progressive and daring wardrobe.

Born in Neerpelt, in 1968, he started in industrial design and after a few years focused his professional career on the world of fashion. In 1995, he began designing men's fashion. His contribution as creative director of the DIOR firm is noteworthy, until 2015, when his final departure was confirmed. He has also been creative director of Jil Sander, which belongs to the Prada Group. He has two great collections that are sold all over the world, Raf Simons and Raf by Raf Simons . His work has focused on the youth public sector, combining the subtlety of the classic style, very characteristic of men's tailoring, and the more urban youth cut, wide lace. This style, called ‘Baggy’, has been one of the hallmarks of the firm for years, being a great innovator in the men's fashion sector.

Although RAF SIMONS usually presents many of his collections in Antwerp or Paris, on many occasions he has acquired a naturist vision and has seen fit to merge the context urban with its collections, turning the streets, parks or bridges of the city into makeshift walkways. RAF SIMONS is a couturier who usually collaborates with other fashion firms, such as EASTPAK (in the famous X EASTPAK fanny pack design, where reference is made to futuristic themes combined with couturier's fascination with youth culture), DOCTOR MARTENS, or FRED PERRY. His latest contributions include his innovation in the world of sports footwear: The Raf Simons (RUNNER) collection, a transgression in the conception of the silhouette of sneakers and an aesthetically attractive and functionally surprising proposal. The use of suede and leather is recurrent in five different proposals: SOLARIS, ANTEI, CYLON, ORION and 2001. The use of interchangeable tongues in two different colors, a more aerodynamic look and a combination of colors daring, allow these designs to stand as a leap forward in sports shoe engineering.

RAF SIMONS is considered one of the best designers on the international scene and in MIRALLES 1986 we enjoyed each of his collaborations , which all customers can enjoy from time to time in a varied and exclusive catalog.