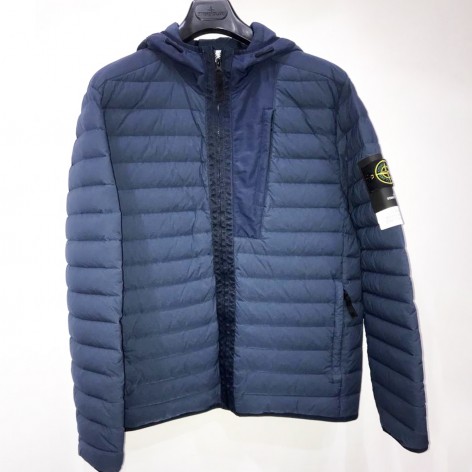 BLUE PARKA FILLED WITH DOWN... 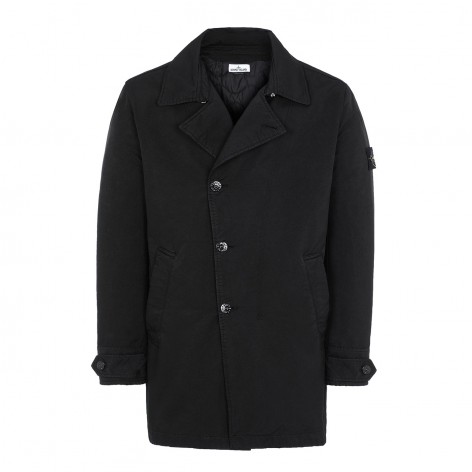 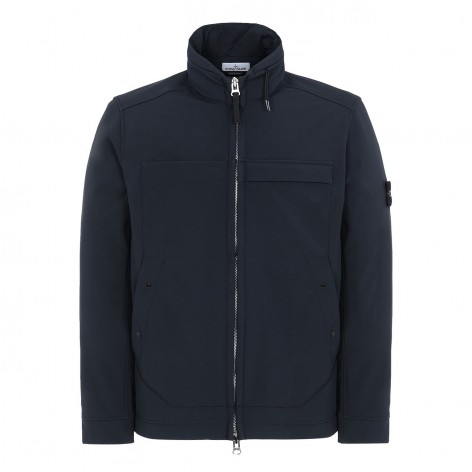 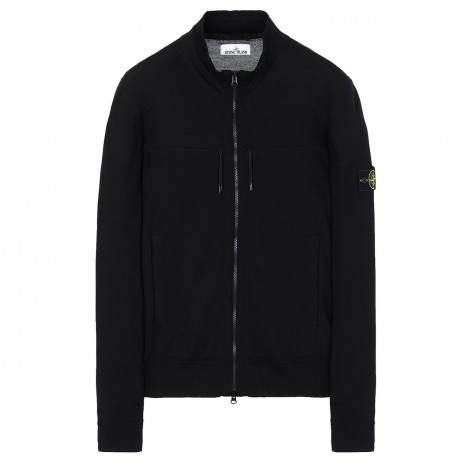 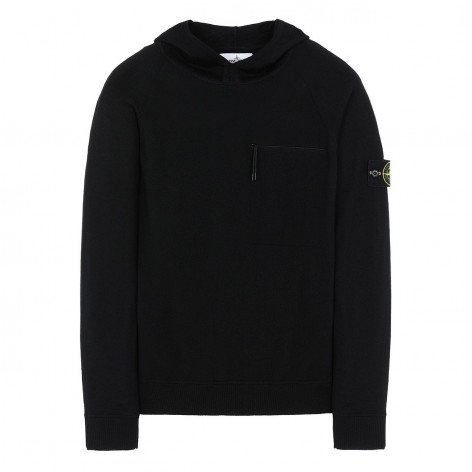 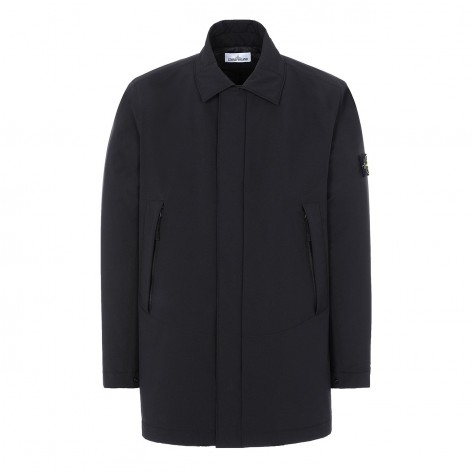 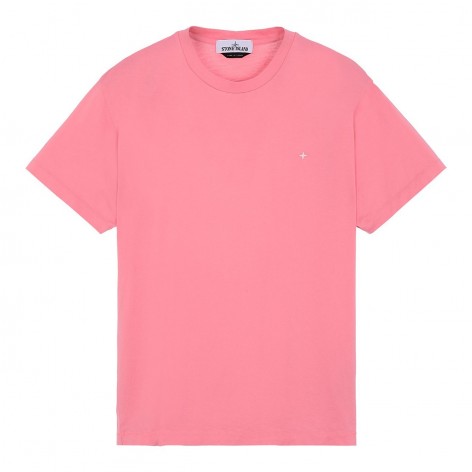 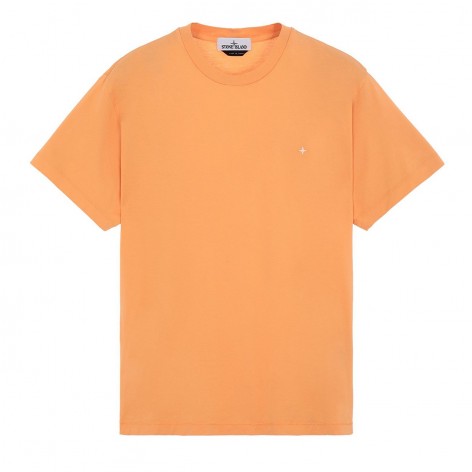 STONE ISLAND casual wear is still considered today as a contemporary reference even among younger generations. STONE ISLAND is an Italian menswear brand that was founded in 1982 by the brilliant mind of Massimo Osti. This brand signature is destined to become a symbol of extreme research in fibers and fabrics applied to an innovative design. Since December 2020 it belongs to the Italian company Monclair linked to haute couture. Culture of research, experimentation and function of use are the matrices that define the brand, along with its characteristic compass patch that buttons on the upper left arm sleeve. This patch previously consisted of only green buttons with the logo engraved around it in the early 2000s.

As an example of experimentation by this fashion brand, there are the ' Liquid Reflective ' jackets with a large number of glass particles that make this garment can shine when subjected to light emissions. STONE ISLAND is known for redefining the common concept of sportswear, thanks to its social ties not directly linked to the world of sports, but to the so-called urban subculture that surrounds the world of ultras, as is the case of the 'Premier League' in England. Since the mid-90s, this clothing firm has been associated with the radical groups that proliferate in the beautiful game in different cities of the United Kingdom linked to the so-called 'vandalism' and that have been taken to the big screen as part of the movie costumes like Green Street Hooligans or The Football Factory. Thanks to the influence of rapper Drake, this brand has also become very much integrated into the urban context of ‘Rap’, and it is common to associate some of its most characteristic pieces with this lifestyle.

Each and every one of the designs that arise from the Italian firm STONE ISLAND , transmit the passion for experimentation in the use of the best materials and his treatment of color to create casual and informal inspired clothing, with a clear urban vocation. From the research over the years, different collections of t-shirts, polos, sweatshirts, sweaters, jackets and pants have been created. Some of them combine both the informal aspect of the typical 'sport' clothing with the military style, exuding sobriety and elegance, with a minimalist touch. It should also be noted the different advances in technological innovation, and its implementation in different garments, such as PrimaLoft® technology in different garments such as trench coats or jackets. This technology gives them the quality of staying dry in contact with water.

The Italian firm also uses different fabrics in the making of its garments, such as fleece in sweatshirts, cotton knit in monocolor t-shirts, wool for ribbed or knitted circular neck sweaters. high neck, etc ... all with the characteristic buttoned compass patch that distinguishes each of their garments. In MIRALLES 1986 you can find the Stone Island designs, both on our website and in our physical store in Valencia.